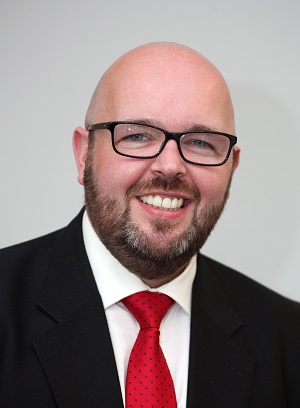 James Arrol is a born and bred West Coster who was educated in the South Side of Glasgow. Coming from a background where hard work was paramount to getting on in life, James’ is known for his diligent long hours and desire to provide the best service he can to his clients. James studied his first degree at Aberdeen University before returning to Glasgow to study law at Strathclyde University before thereafter gaining his Diploma in Legal Practice.

James trained as a solicitor at the firm of Aamer Anwar and Company where he worked on some of the most famous criminal cases of recent years including HMA v Thomas Sheridan, the perjury trial of former MSP and political activist Thomas Sheridan, and HMA v Mohammed Atif Siddique, the trial of a young man from Alva charged under Terror legislation.James gained significant experience practising in Glasgow Sheriff Court, at one time the busiest court in Europe, where he was able to hone his legal skills.

James was headhunted by The Robert Kerr Partnership in 2013 and was made a director of the firm 8 months later in 2014, a clear indictment of his ability and worth to the firm.  Known for being an impassioned pleader and an aggressive trial lawyer, James has successfully defended many clients of all backgrounds at both solemn and summary level including road traffic offences, sexual offences, assault, domestic cases, fraud, drug offences and proceeds of crime matters.  Every case receives the same care and attention and at the root of everything is the pursuit of the best possible outcome for his clients.  James’s skills have also proved transferrable into the Children’s Hearing system and follow on court appearances where his ability to plead a case has proved invaluable to clients.  James is experienced in all areas of criminal law including appeals to both the Sheriff Appeal Court and High Court of Justiciary and has worked with some of the most eminent QCs in Scotland including Donald Finlay QC and the late Paul McBride QC.

James is an avid football fan who has recently acquired taste for running long distances. James is a former DJ with a long standing love of music. He enjoys good food and spending time with his long suffering family.

Make your defence our business. Initial expert legal advice is free! Fill out our online form or call us 24/7.